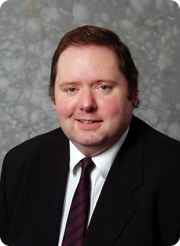 In 2012 Brian received funding to produce two literature reviews, the first on the situation of men who experience domestic abuse and the second on domestic abuse learning materials in Scottish schools.
Brian was appointed as a lecturer at Dundee in 2007 having joined the School as a teaching assistant in 2005. He did his degree at Edinburgh University as a mature student. Prior to that he had worked in social services in Scotland and in London especially in housing and in HIV work and retains an interest in how law affects people in our everyday life.
Brian was editor of SCOLAG Legal Journal from 2000 to 2007 and and a board member of the Scottish Legal Action Group from 1996 to 2009.
In 2005 he was a member of the Solicitor General's Advisory Group on the Review of the Prosecution of Rape and Serious Sexual Offences and also a member of the advisory group working to Professor Maher at the Scottish Law Commission with reference to their review of sexual offences.
Brian maintains the website www.linsert.org

Brian is currently module organiser for Law, Family and Society (levels 3/4) and Comparative Scottish and English Family Law (level 2) and teaches on the Private Law of Scotland 1 and Scottish Property Law modules in addition to supervising dissertations in his field.

Brian is active in researching a number of areas including Scots irregular marriage, domestic abuse and LGBT law.