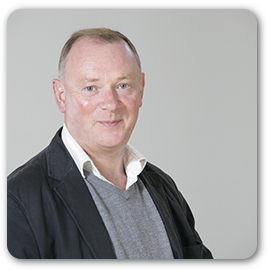 Gordon Cameron is a senior lecturer in the School of Law at the University of Dundee. He pursued a variety of forms of employment before embarking on an LL.B. at Dundee University in 1980. After graduating in 1984 he worked in Local Government for Tayside Regional Industrial Office before undertaking post graduate study at Stirling University. He graduated M.Sc. in Applied Social Research in 1988.

While a post graduate student he gained teaching experience in Sociology, Social Anthropology and Business Law. He was then employed at Strathclyde University as research assistant on Professor Alan Paterson's team researching the impact of the new Small Claims Procedure. In 1989 he was employed as a lecturer in Business Law at Stirling University and in 1990 was appointed to his current post at Dundee. He was promoted to senior lecturer in 2008 and was voted (male) lecturer of the year 2008/9 by the students.

Between 1990 and 1995 he conducted empirical socio legal research funded by the Scottish Office Central Research Unit. Subsequent work has focussed on Scots Private Law with particular emphasis on Delict and the law of the neighbourhood. He has made three contributions to the new SULI text in Delict and was a participant in an AHRC funded project at Cambridge University entitled ‘European Legal Development’.

He is currently pursuing further studies in the law of the neighbourhood and is Scottish National Reporter to the International Academy of Comparative Law on “les dommages catasrophiques – responsabilité civile et assurances”.

I offer postgraduate supervision in the field of Scots private law.

Negligence and the duty of care; the demise of the caparo test; and police immunity revisited: Robinson v chief constable of West Yorkshire

Batman fails to heed the Lone Ranger and gets hurt...Ha Ha!

Does the contaminated land regime impose stewardship obligations on owners of land?