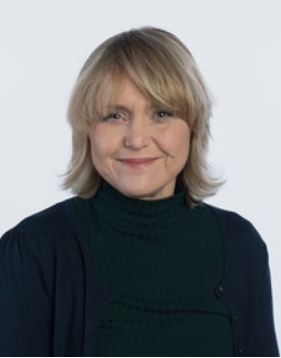 Researcher, Growing up in the Streets

Growing up on the Streets is a longitudinal, participatory research project working with local partners and over 200 street children and youth in three African cities (Accra, Ghana; Bukavu, DRC and Harare, Zimbabwe).

My role includes data coding and analysis (chiefly using NVivo) and contributing to research outputs. The project aims to change the discourse around street children and youth, influencing policy, academia and the public in their attitudes and approaches to those who live on the street.

Please read our Briefing Papers based on the hundreds of focus groups which took place over the three year data collection period (spanning 2012-2106) and covering the ten capabilities defined by street children and youth themselves.

Other resources include the Growing up on the Streets Knowledge Exchange Training Pack (https://www.streetinvest.org/resources/knowledge-exchange-pack) which continues to be used globally in training and knowledge exchange events with street children and youth; and an online ‘story map’ made with street youth in Accra (https://arcg.is/0L8PSm).

The project has contributed to international legislation and guidance (including the United Nations General Comment on Children in Street Situations, 2017) and has won several Awards including the Stephen Fry Public Engagement Project of the Year Award, which funded the creation of the story map.

January 2017 – Growing up on the Streets won the University’s Stephen Fry Public Engagement Project of the Year Award.

December 2015 – Growing up on the Streets was awarded the 2016 Market Research Society’s President’s Medal in recognition of its extraordinary contribution to impact.

October 2014 – my Masters dissertation, ‘The Implementation of a Single Scottish Police Force: The View from the Beats’ was Highly Commended by the Howard League for Penal Reform’s John Sunley Prize.

2013: ‘Review of Trafficking of Human Beings (THB) Literature and Key Themes’ (literature review) as research assistant on the ‘Stop Traffic: Unweaving the Web of Online Human Trafficking’ project, funded by Scottish Crucible and led by Dr Jonathan Mendel at the University of Dundee.

2010 – 2012: Completed three projects with Professor Nicholas Fyfe at the Scottish Institute for Policing Research, including two evaluations into the community policing model in Fife, see: ‘Police and Community Perceptions of the Operation and Impact of the Community Engagement Model in Fife’ (March 2012).

Building Assets on the Streets: Street Children and Youth in Three African Cities

Friendship on the Streets: Street Children and Youth in Three African Cities

The Rights of Street Children and Youth

Growing up on the Streets: A Story Map by Accra's Street Youth

Play on the Streets: Street Children and Youth in Three African Cities