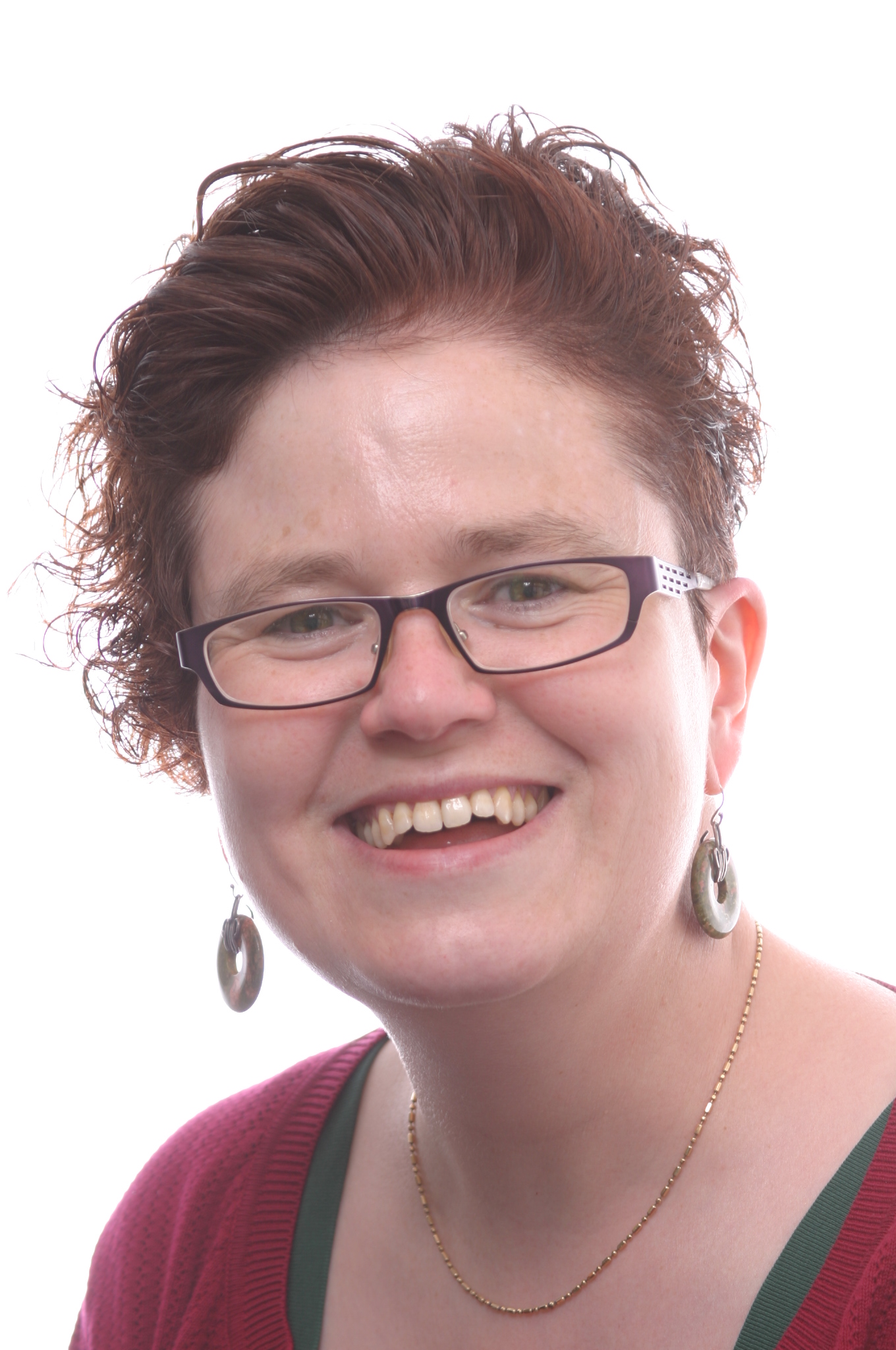 Dr. Martine Julia van Ittersum was born and raised in The Netherlands. She read history at the University of Amsterdam and received a Ph.D. in history from Harvard University in June 2002.

She specializes in Dutch overseas expansion in the early modern period, especially its implications for political thought and practice. She is also a book historian.  Her research focuses on the social history of knowledge, including the materiality of texts, the archaeology of archives, and the history of canon formation. She has taught European, Atlantic and global history at the University of Dundee since September 2003.

Dr. Van Ittersum lives with her husband and stepdaughter in Tayport.  She is a keen walker and cyclist, and a member of the Dundee University Choir.  The Choir's most recent concert was a performance of Will Todd's Passion Music in the Caird Hall in Dundee in March 2019 (https://www.youtube.com/watch?v=dWwtiuaJZI0&feature=youtu.be).

Dr. Van Ittersum is a member of the Scottish Centre for Global History: http://globalhistory.org.uk/

Find out more about Dr. Van Ittersum on the One Dundee blog here:

Dr. Van Ittersum's teaching focuses on European and Global History prior to 1800.

In 2015, she won a DUSA Student Led Teaching Award in the category Best Teacher for Assessment and Feedback.

Dr. Van Ittersum is the sole convenor and teacher of the following undergraduate modules:

Unravelling the ideological justification of Dutch imperialism and colonialism in the early modern period has been a big part of  Dr.  Van Ittersum's research ever since her graduate student days at Harvard University. Her monograph Profit and Principle: Hugo Grotius, Natural Rights Theories and the Rise of Dutch Power in the East Indies, 1595-1615 reconstructs the immediate historical context of the rights and contract theories of the Dutch jurist Hugo Grotius (1583-1645).  She shows that Mare Liberum/The Free Sea (1609) –still a fundamental text in international law today-- was written in response to a set of practical problems faced by the Dutch East India Company.  In a series of peer-reviewed articles, she extends this argument by examining Grotius’ defence of Dutch privateering in the Caribbean in the 1600s, his involvement in Anglo-Scotto-Dutch fishery disputes a decade later, and his informal support for Dutch overseas expansion during his long years of exile in Paris.

Her most recent publications examine Anglo-Dutch imperial rivalry in the Banda Islands in the period 1609-1667, particularly the claims-making of the English and Dutch East India Companies (EIC and VOC).  The Dutch and English empires overseas were also empires of paper.  In a never-ending quest for legitimacy, both chartered companies asserted their claims to trade and territory by means of textual records (contracts, treaties, ultimatums, etcetera).  These records circulated widely, and clearly influenced political and military developments in various parts of the globe, including diplomatic negotiations back in Europe.

The VOC and EIC routinely copied each other's repertoires of empire, adapting and changing them along the way.  In many cases, the victims of Anglo-Dutch imperial rivalry were indigenous peoples who lacked a written culture and who, consequently, signed treaties without a proper understanding of their far-reaching implications.  There is a danger that a fetishism of treaties will re-inscribe into modern-day international relations the unequal power relationships inherited from the past.

Dr. Van Ittersum became interested in the 'materiality of texts' and 'archaeology of archives' during her resident fellowship at the Netherlands Institute of Advanced Studies in spring 2005. She did extensive research on Ms. BPL 917 in Leiden University Library, the sole surviving copy of Grotius’ De Jure Praedae/Commentary on the Law of Prize and Booty. The manuscript’s watermarks, quiring and foliation suggest that the original text, written in 1604-1605, was substantially revised at least twice, in early 1607 and late 1608.  This has important implications for our understanding of the development of Grotius' political and legal thought.

Dr. Van Ittersum was the grateful recipient of a nine-month Research Grant of the Leverhulme Trust in the academic year 2009/2010. As a Visiting Scholar at Huygens ING, she did research on Grotius’ working papers extant in The Netherlands, particularly the circulation of this material in the early modern period. One of the fruits of her labour was the article ' Knowledge Production in the Dutch Republic: The Household Academy of Hugo Grotius (1583-1645) ', which appeared in the Journal of the History of Ideas.

Dr. Van Ittersum served as Erasmus Lecturer in the History and Civilization of The Netherlands and Flanders at Harvard University in autumn 2011, and continued on as Visiting Scholar in the Harvard History Department in spring 2012. At Harvard, she investigated Grotius’ role in canon formation in both the early modern and modern periods. Her article ‘Confronting Grotius’ Legacy in an Age of Revolution: The Cornets de Groot Family in Rotterdam, 1748-1798’, which appeared in the English Historical Review, examines Grotius’ image as republican hero in the Dutch Republic in the late eighteenth century. How Grotius became a founding father of international law in the late nineteenth century was the topic of a public lecture delivered at Harvard University in November 2011. A revised version of her Erasmus lecture appeared as an essay chapter in the OUP Handbook of International Legal Theory, ed. Anne Orford, in 2016.

Dr. Van Ittersum has a book contract with Brill Academic Publishers for a monograph on the transmission and dispersal of Grotius’ working papers. These voluminous materials –thousands of folios are extant today-- moved in and out of public view over a period of three centuries. What has happened to these papers, who has used them and which purposes have been served by them is closely connected with Grotius' public image(s) in different times and places. Grotius has been many things to many people: a martyr of toleration for Dutch Remonstrants, a republican hero for Dutch Patriots and, most recently, a founding father of international law. How the interaction between Grotius’ public image(s) and the survival and study of his working papers has shaped our understanding of his nachleben, Dr. Van Ittersum intends to explain in her forthcoming monograph.

AHRC funded studentships are available in my research area - more details  and https://www.sgsah.ac.uk/about/

Research in the USA on London in the Rear-View Mirror: Emmanuel Downing, the Massachusetts Bay Company and Anglo-Dutch Imperial Competition in North America, 1629-1664

Hero of International Law: Celebrating the Tercentenary of the Publication of Hugo Grotius' De Jure Belli ac Pacis in 1925

Empire by Treaty? The role of written documents in European overseas expansion, 1500-1800

Doppelgänger Dilemmas? AngloDutch relations in the early modern period, as viewed through the prism of print, theatre and language

‘Rembrandt and his Circle: Work in Progress’, an international conference organized by the Bader International Study Centre, Queen’s University (Canada)

‘Inclusion and Exclusion in the History of Ideas’

’We request that Your Honor assist the Company with your labors:’ Hugo Grotius and the Dutch East India Company, 1604-1645”