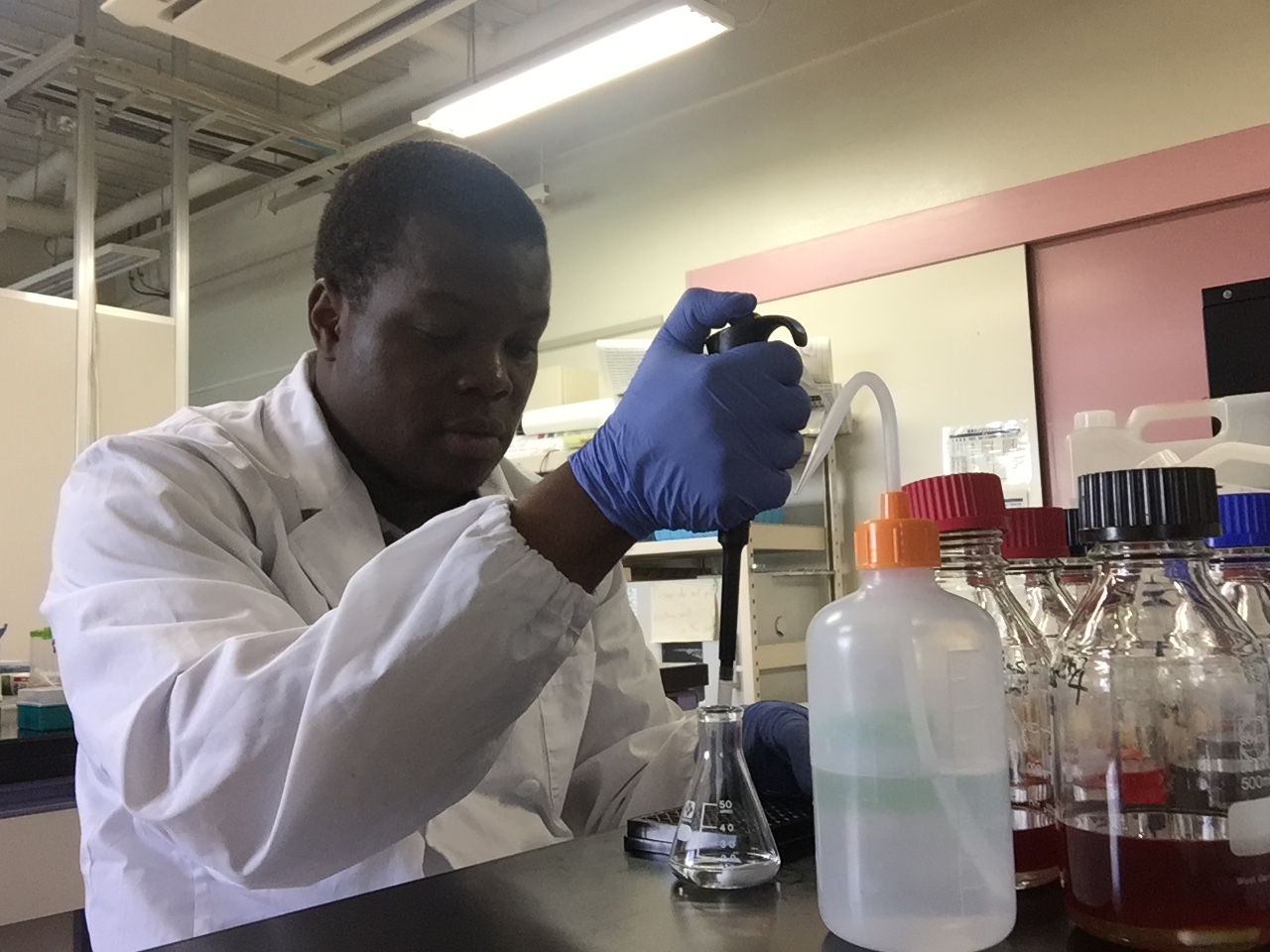 After completing his BSc in Chemistry in 2006, Oluwasesan Adegoke was offered two international Scholarships from the University of Nottingham in 2007 to study for a MSc in Nanoscience and he graduated in 2008. In 2014, he graduated with a PhD in Chemistry from Rhodes University where he researched on new fluorimetric detection systems for toxic metal ions and reactive oxygen and nitrogen species. In 2014, he was offered three Postdoctoral research fellowships that allowed him to carry out postdoctoral research in South Africa and Japan. His expertise is in developing state-of-the art biosensors for a wide range of biological targets. He joined the LRCFS in January 2018 and he will be using his expertise to develop new biosensors for forensic analysis.