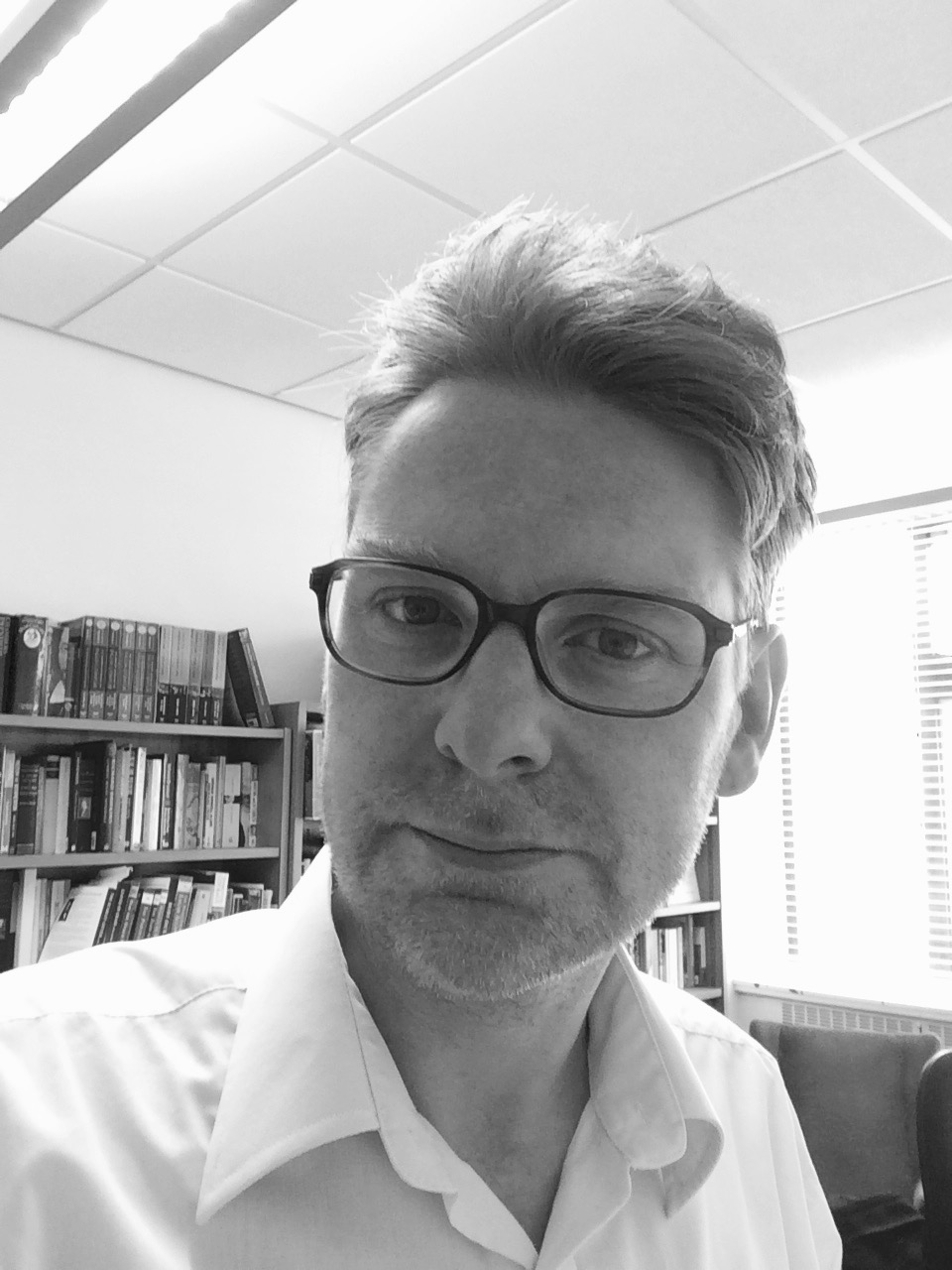 Dr Morris teaches a wide range of courses and subjects in the English curriculum, with a particular focus on 19th and 20th century British and American Literature, Modernism, Poetry, Aesthetics and Hermeneutics. He is currently the Convener of the first-year modules 'Introduction to Literary Study' and 'Early Modern Literature', as well as courses in '19th Century American Literature' in year 3 and 'American Modernism' in year 4.

Dr Morris is the author of Wallace Stevens: Poetry and Criticism (Cambridge: Salt, 2006), concerned with tracing Stevens' relations to a range of contemporary aesthetics, philosophy, nature writing and with Stevens' own habits of composition. Following this, he has published on Abraham Cowley and Alexander Pope, with particular interest in the effects of public debates about privacy and secrecy on poetic composition. His current interests lie in the tracing of poetic/aesthetic and formal legacies in American poetry since Whitman, and in the formation of American cultures of audience and interpretation from the 1850s. He was the joint convener (with Prof. Andrew Roberts) of 'New Papers in Contemporary British and Irish Poetry', a conference for early-career researchers held at Dundee in March 2015, and edited the subsequent Special Edition published by the Journal of British and Irish Innovative Poetry:

In addition to his critical work, Dr Morris has also published poetry including:

The Day of the Hangings, illustrated by Will Kellar(privately printed, 2002).

Dr Morris is a member of Dundee's Centre for Critical and Creative Cultures https://criticalcreativecultures.org/ and the Centre for Poetic Innovation (with the University of St. Andrews) https://poeticinnovation.wp.st-andrews.ac.uk/

He is interested in receiving correspondence from prospective research students in the areas of:

Doctor of Philosophy, University of Cambridge

Master of Arts, University of Sussex

Lock and Key: Hermeneutics, Symbols and Signifying in Pope's The Rape of the Lock

The Later Affluence of W. B. Yeats and Wallace Stevens. By Edward Clarke

Cowley's Lemmon: Secrecy and Interpretation in the Mistress

In Our Time: Thoreau and the American Idyll

In Our Time: Thoreau and the American Idyll

The evolving role of philosophy within the novels of Samuel Beckett

The nature of appropriation: Eric Linklater's 'Juan in America'